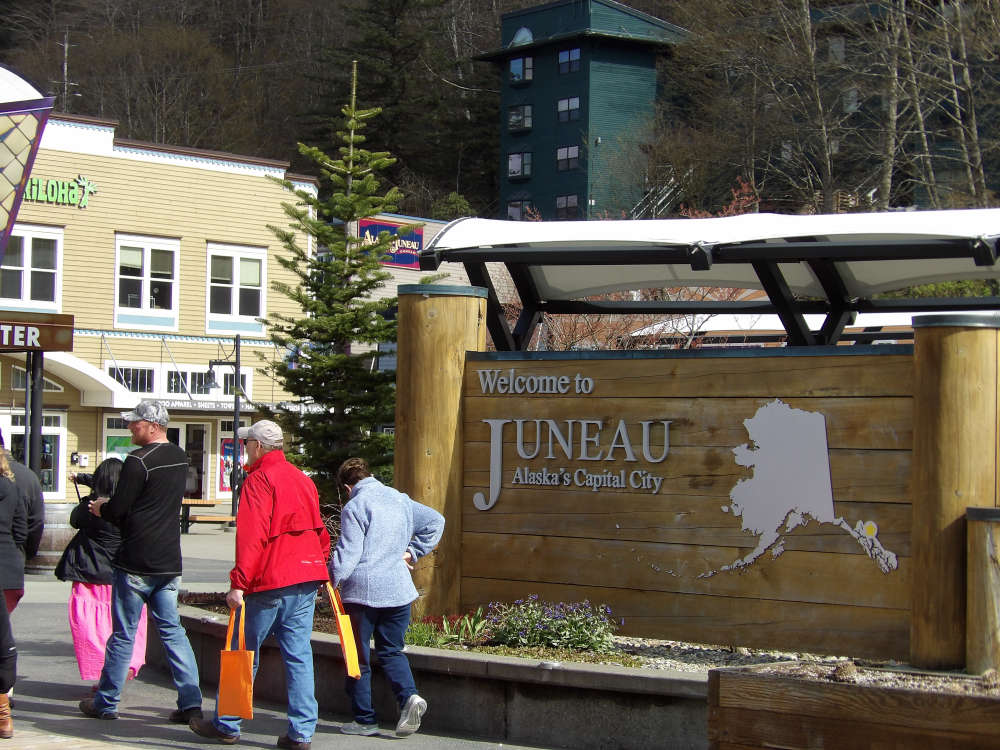 Juneau, Alaska (KINY) - The 2022 tourism survey for Juneau is out, the survey was conducted by McKinley Research.

Juneau Tourism Manager Alex Pierce spoke to the results on action line. She highlighted the change of past responses. 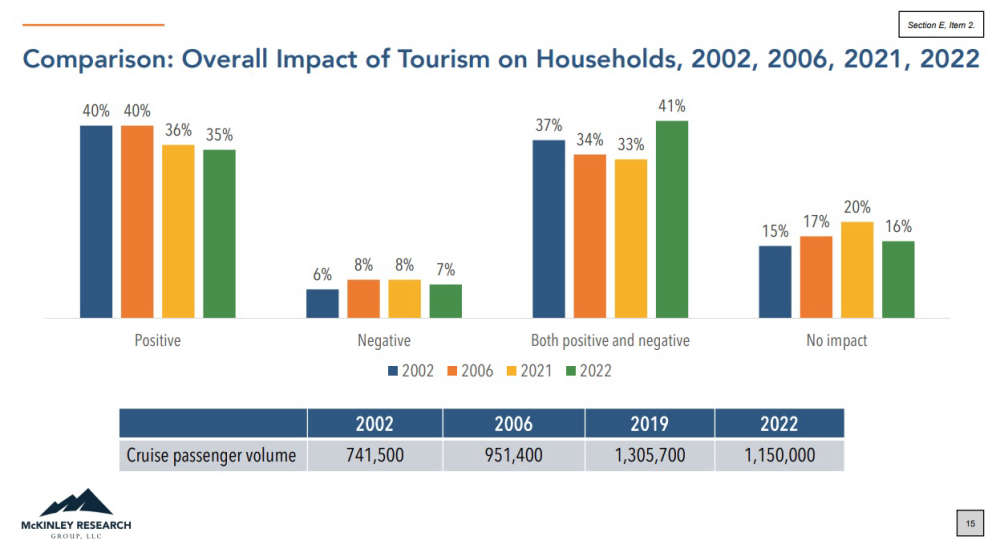 The question of whether to cap ships in Juneau about half of the respondents, 46%, are supportive of a five large ship limit. 60% said in another question that limiting large ships a day to five should be a high priority.

"We had 43% say they were supportive and 26% said they were very supportive for a total of 69%, with 20% either opposed or very opposed. And the five ship limit first showed up in our long range waterfront plan in 2004. So, we've been talking about this for 20 years, and our port capacity has been five ships for the past 20 years or so, and with the discussion around a potential fifth cruise ship dock, it's important that we maintain our current capacity and don't translate adding another dock which may have benefits for vehicle management, congestion mitigation, some of the things that we were talking about in earlier parts of the survey by just moving a ship full of people outside of the downtown bottleneck," Pierce said. "At the same time, if that means adding a whole nother ship in port that are available every day with the anchorage then that's problematic and that doesn't meet our long term tourism goals, so now we're trying to solidify that five ship limit. I presented the assembly with a range of options for that. We're pursuing it through negotiation with the industry. that's of everybody's preferred - or I guess CBJ and the industry's preferred method at this point." 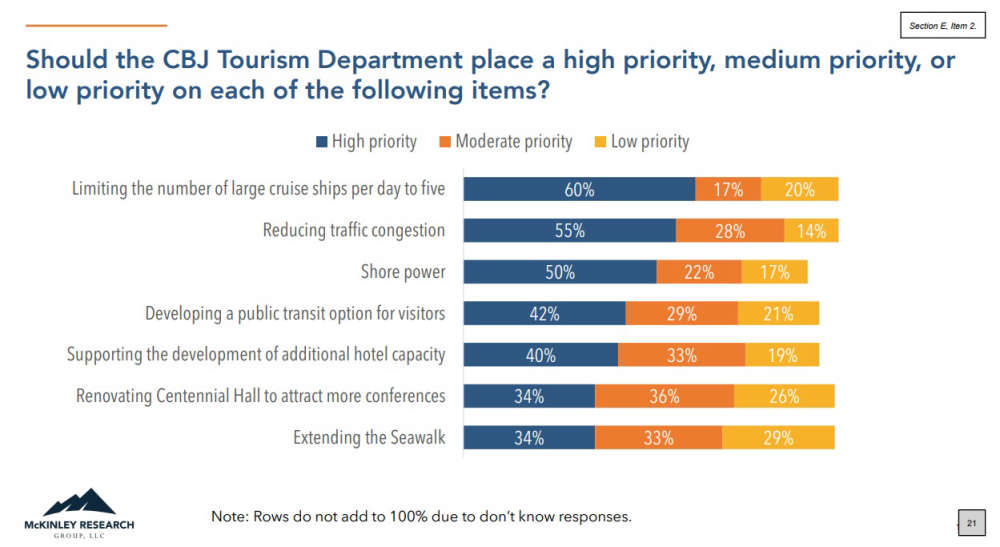