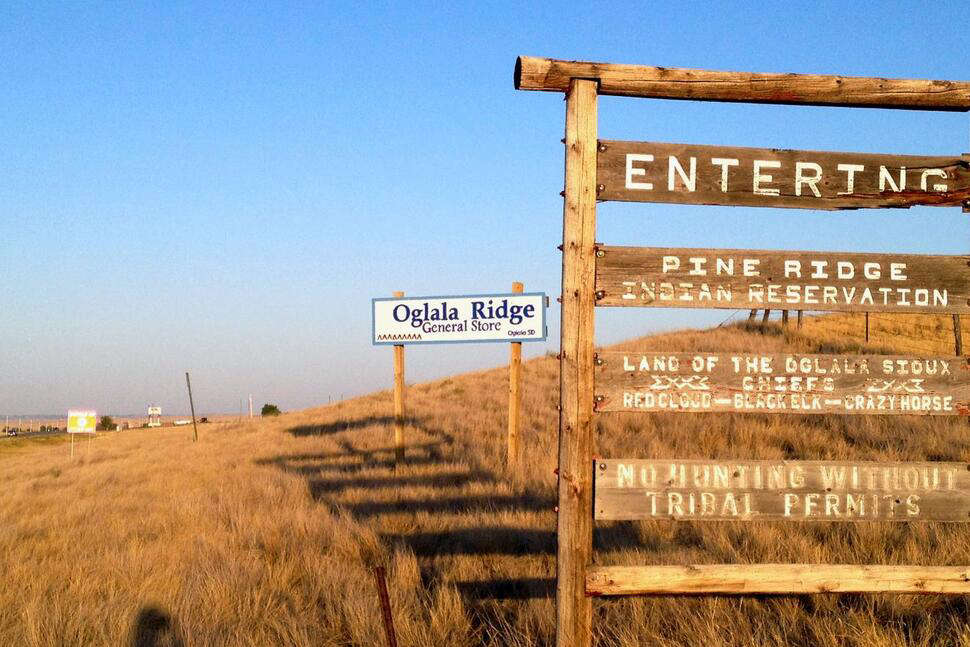 The Wednesday ruling is a marked departure from federal Indian law and veers from the push to increase tribes' ability to prosecute all crimes on reservations — regardless of who is involved. It also cast tribes as part of states, rather than the sovereign nations they are, infuriating many across Indian Country.

“The majority (opinion) is not firmly rooted in the law that I have dedicated my life to studying and the history as I know it to be true," said Elizabeth Hidalgo Reese, an assistant law professor at Stanford University who is enrolled at Nambé Pueblo in New Mexico. ”And that’s just really concerning.”

Federal authorities largely maintained exclusive jurisdiction to investigate serious, violent crime on reservations across much of the U.S. when the suspect or victim is Native American. The 5-4 decision from the high court in a case out of Oklahoma means states will share in that authority when the suspect is not Native American and the victim is.

Criminal justice on tribal lands can be a tangled web already, and the ruling will likely present new thorny questions about jurisdiction, possible triple jeopardy and how to tackle complicated crimes in remote areas where resources are stretched thin. States had power to prosecute crimes involving only non-Natives on reservations even before this week's Supreme Court ruling.

“It will have an impact in Indian Country, so only the future will tell us if it’s good or not,” said Robert Miller, a law professor at Arizona State University and citizen of the Eastern Shawnee Tribe. “Is it better to have more criminal prosecutions, more governments enforcing crimes or less?”

Justice Neil Gorsuch wrote a scathing dissent joined by the court’s three liberal members, saying “one can only hope the political branches and future courts will do their duty to honor this Nation’s promises even as we have failed today to do on our own.”

Principal Chief Chuck Hoskin Jr. of the Cherokee Nation said the court “failed in its duty to honor this nation’s promises, defied Congress’s statutes and accepted the ‘lawless disregard of the Cherokee’s sovereignty.’"

It's unclear how the decision ultimately will play out for tribes, but there is precedent. Congress established a law in 1953 that's known as PL-280, partly to relieve the federal government of funding public safety on some reservations. The law resulted in state authority over crime in several states, including Alaska and California where about three-fifths of the 574 federally recognized tribes are based.

As in the decision in Oklahoma v. Castro-Huerta, tribes did not consent. Neither Congress then nor the Supreme Court now funded the expansion of state authority on tribal land.

“That's far from the first time,” said Lauren van Schilfgaarde, a member of Cochiti Pueblo in New Mexico who directs the Tribal Legal Development Clinic at the UCLA. “Federal Indian law is just littered with cases in which tribes were denied the opportunity to speak on their own behalf.”

Tribes asserted in court filings and elsewhere that the federal government — which has a political relationship with tribes through treaties and acts of Congress — is the appropriate sovereign entity to handle criminal matters. Congress maintains control over Native American and Alaska Native affairs, which are overseen by the Department of Interior.

States have no such obligation to tribes.

“One of the interesting things for me is how the priority question shakes out,” said Kevin Washburn, who is Chickasaw and dean of the University of Iowa’s law school. “That is, will feds take primacy or will state prosecutors take primacy in cases? And how do they decide who will be first or who will move at all?” asked Washburn, a former assistant Interior secretary for Indian Affairs.

While the Supreme Court ruling is an expansion of power for states, it doesn’t come with a similar increase for tribes. A 1978 high court ruling stripped tribes of any criminal jurisdiction over non-Natives on their reservations. The reauthorization of the Violence Against Women Act in 2013 restored some of that authority in limited domestic violence cases and further expanded it earlier this year.

Less than 1% of federally recognized tribes in the U.S. have implemented that authority, with one of the most recent being the Salt River Pima-Maricopa Indian Community outside Phoenix. It raises the possibility of tribes, the state and the feds prosecuting a suspect for the same offense. Another U.S. Supreme Court ruling issued last month said tribal members prosecuted in certain tribal courts also can be prosecuted based on the same incident in federal court.

Most tribes can sentence convicted offenders to only a year in jail, regardless of the crime. A 2010 federal law increased tribes' sentencing authority to three years for a single crime, but few tribes have met the federal requirements to use that authority. That includes having public defenders, establishing or updating criminal codes, and having law-trained judges.

Oklahoma has its own unique history on tribal affairs, including a 2020 U.S. Supreme Court decision known as McGirt v. Oklahoma that said a large chunk of the eastern part of the state remains a Native American reservation. That ruling, written by Gorsuch, left the state unable to prosecute Native Americans accused of crimes on tribal lands that include most of Tulsa, the state’s second-largest city with a population of about 413,000.

The Supreme Court refused to reconsider McGirt. Oklahoma filed a flurry of petitions related to the case, leading to the most recent decision on state power over crime on reservations that extends broadly across the U.S. Justice Brett Kavanaugh, writing for the majority, said the state's interest lies in protecting all victims of crime.

Tulsa Mayor G.T. Bynum, a Republican, applauded the ruling and pledged to work with the state and the tribal nations “who are our partners in building a safe city.”