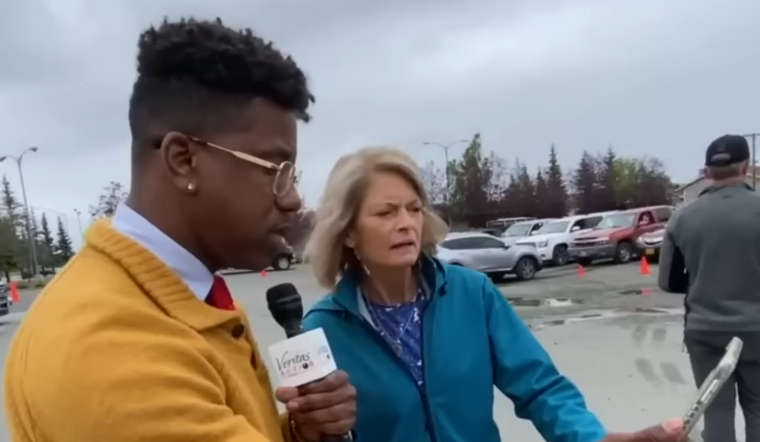 Voters in Alaska came out in support of Ballot Measure 2 in 2020, approving the measure by a slim 3,781 vote margin.

According to videos released by Project Veritas, Murkowski staffers Emma Ashlock and Josiah Nash were captured on tape saying that the senator's team supported the initiative, seeing it as a clear path to victory this year.

When asked if Ballot Measure 2 was the key to Murkowski winning the 2022 election, Nash reportedly said, "Yeah."

Ashlock told the Project Veritas reporter that some supporters of ranked-choice voting believed that it could assist Murkowski in her bid for another term.

Ashlock also weighed in how voting for the Democrat in the election could assist Murkowski.

"Anyone who votes for Pat Chesbro first, and ranks Senator Murkowski second, that vote is going to become a vote for Senator Murkowski," Ashlock said. "Ballot Measure 2 is her key to winning."

In an interview with Project Veritas press secretary R.C. Maxwell, Murkowski said, "Ballot Measure 2 was an initiative led by the people in the state of Alaska," Murkowski said. "The ballot initiative made it through the Alaska process, and you have the results that you have. All of us here in this state now are living with a new system, and it’s new for all of us."

U.S. Senate candidate Kelly Tshibaka issued a statement following the release of the videos. saying, "Lisa Murkowski has never gotten a majority of the vote in her Senate elections, yet she believes that our Senate seat belongs to her – probably because her own father appointed her to the position 21 years ago. These videos confirm her political team engineered a change in state election law to specifically benefit her and preserve her grip on dynastic power. But this Senate seat belongs to the people of Alaska, not just people named Murkowski, and we’re going to take it back no matter what deceptive political games she tries."

Claims that Project Veritas deceptively edits videos when they report on actions of politicians and others in the news was addressed by the organization's media relations manager, Mario Balaban.

"We've been accused of that we've never lost a lawsuit," Balaban told News of the North. "Every one who has ever sued ... they've lost every single time. And what James O'Keefe, our founder, always says is we challenge anyone who can point out any deceptive edit we've done in the last 10 years, we will challenge them ... we'll give them a $10,000 award, which never happened."