Avalanche danger decreased from extreme to high along Behrends path 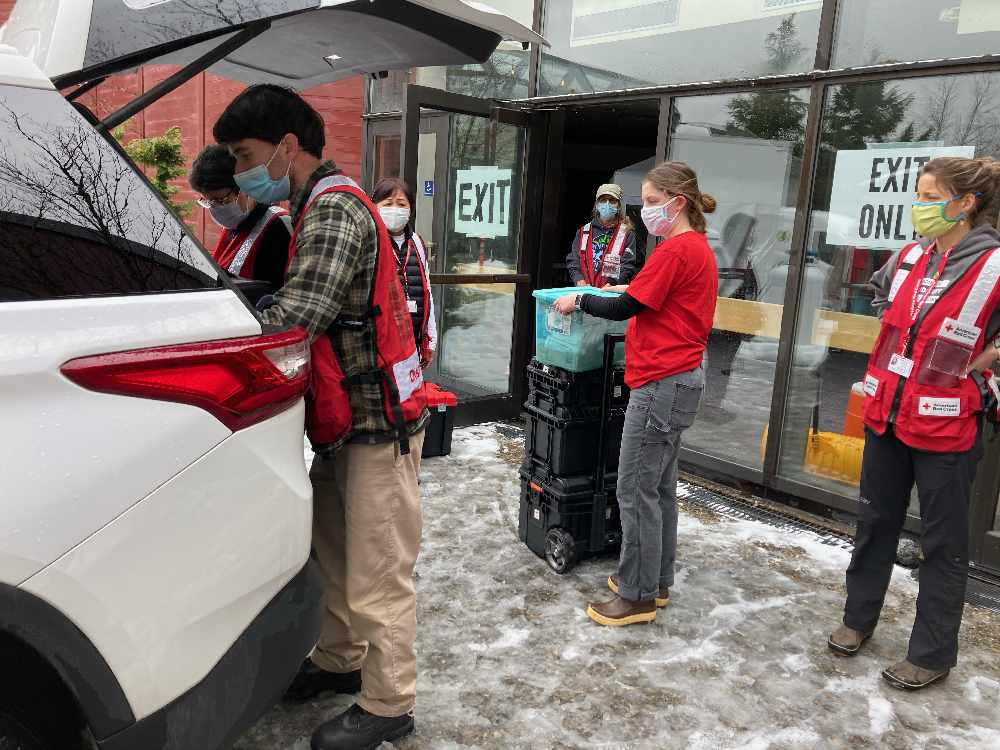 Red Cross volunteers packing up after risk level was reduced to high.

Juneau, Alaska (KINY) - The City and Borough of Juneau Emergency Operations Center reduced the danger of an avalanche from the Behrends Avenue path Sunday morning from extreme to high.

Residents of that area were recommended to evacuate and an emergency shelter was set up in Centennial Hall as of eight Saturday evening.

CBJ Emergency Programs Manager Tom Mattice said many things contributed to the decision to lower the risk level.  "Avalanches have a lot to do with the intensity of a storm, as well as a whole bunch of other things.  Saturday we had two inches of moisture in a 24 hour period and that's a lot of load on the snowpack and we had warming throughout that entire time."

Mattice adds that temperatures will start to cool which is good for the snowpack and moisture rates have decreased a great deal where we'll see less than six-tenths of an inch in the next 24 hours which is more on the moderate side.  As a result, he says we should be getting away from big direct action avalanches and start slowly stabilizing.

Mattice knocked on the doors of 39 homes Saturday and spoke with more than half the residents in an effort to alert residents.  "I got good results from people.   Everybody seemed to be doing the right thing.   I was very that happy people were paying attention to the levels of danger.  And most of them were aware of it.  They chose to live there, but we have a forecast so a lot of them pay attention to that."

As the shelter at Centennial Hall was being dismantled, New of the North spoke to Red Cross Disaster Action Team Leader Sudie Hargess and asked how many residents sheltered there.   She had they had three residents check in Saturday night.  In addition, she said they knew of a lot of residents who did leave the avalanche zone and some went to stay with family and friends and others went to hotels.