Rep. Eastman remains on ballot but could be disqualified after election 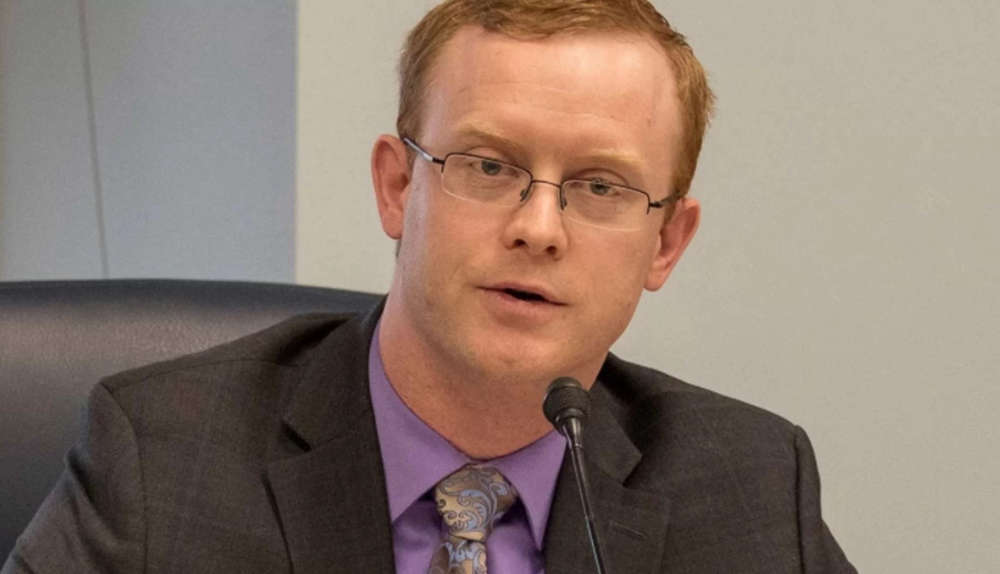 Juneau, Alaska (Alaska Beacon) - The Alaska Constitution’s "disloyalty clause" will be tested in a Dec. 12 trial.

An Anchorage Superior Court Judge ruled Thursday that Wasilla Republican Rep. David Eastman is likely ineligible for public office but ordered that he remain on the state’s Nov. 8 election ballots, pending the result of a trial in December.

Eastman is heavily favored in the general election, but if he wins in November and the trial concludes that his membership in a far-right organization is a violation of the Alaska Constitution’s “disloyalty clause,” the second-place finisher would take his position in the Alaska Legislature. If he loses in November, the case is moot.

Whether December’s verdict falls against Eastman or in his favor, attorneys involved in the case say they believe it will be appealed and will not be final.

Thursday’s order is the result of a lawsuit filed by former Matanuska-Susitna Borough Assembly member Randall Kowalke against Eastman and the Alaska Division of Elections. Kowalke challenged Eastman’s eligibility and sought a preliminary injunction removing him entirely from the ballot.

Judge Jack McKenna declined to remove Eastman from the ballot but instead told the Division of Elections to delay certifying the result of the Nov. 8 election in Eastman’s district until after December’s trial.

McKenna’s decision is based on a legal standard that requires a plaintiff to demonstrate a “clear probability of success” at trial in order to receive a pretrial preliminary injunction.

“This situation is unprecedented and the court must attempt to balance the competing rights and interests implicated by this litigation. Among the options available, the relief prescribed in this Order most appropriately maintains the status quo, protects the rights of the parties, and allows for the voters in House District 27 to select their representative regardless of the specific outcome of this litigation,” he said.

Joe Miller, the attorney representing David Eastman, did not return a message left at his office seeking comment. The Alaska Department of Law, which represents the Division of Elections, also did not comment before 7:30 p.m. Thursday evening.

Attorney Savannah Fletcher represents Kowalke and said her client was “thrilled” by the outcome, even though Eastman remains on the ballot.

“We think this is a very elegant solution. I was just on the phone with my client, and he was really thrilled with this decision,” Fletcher said, explaining that Kowalke does not want to disenfranchise voters.

“Ranked -choice voting does allow for this accommodation,” she said of McKenna’s order.

Under Alaska’s ranked -choice voting system, voters may pick second, third or fourth options for a given office, depending on the number of candidates.

If Eastman is disqualified in December, voters who pick him first will instead have their votes go to their second choice.

If Eastman is certified the winner but later disqualified, the governor in office at the time would pick a replacement. Attorneys representing the Alaska Division of Elections had argued that would disenfranchise voters.

McKenna’s decision sidesteps the problem by delaying certification until after the trial, which begins Dec. 12. He acknowledged in Thursday’s order that there will be a short timeline for appeals between the post-trial verdict and the start of the legislative session in January.

Kowalke’s case is based on the Alaska Constitution’s disloyalty clause, which states: “No person who advocates, or who aids or belongs to any party or organization or association which advocates, the overthrow by force or violence of the United States or of the State shall be qualified to hold any public office of trust or profit under this constitution.”

Members of the Oath Keepers, including the group’s founder, have been accused of various crimes associated with the Jan. 6, 2021, insurrection at the U.S. Capitol. Several have pleaded guilty and are cooperating with federal prosecutors.

Eastman has said he paid for a lifetime membership in the group in 2009. Kowalke argues that membership is still active and that the Oath Keepers have sought to overthrow the US government by force.