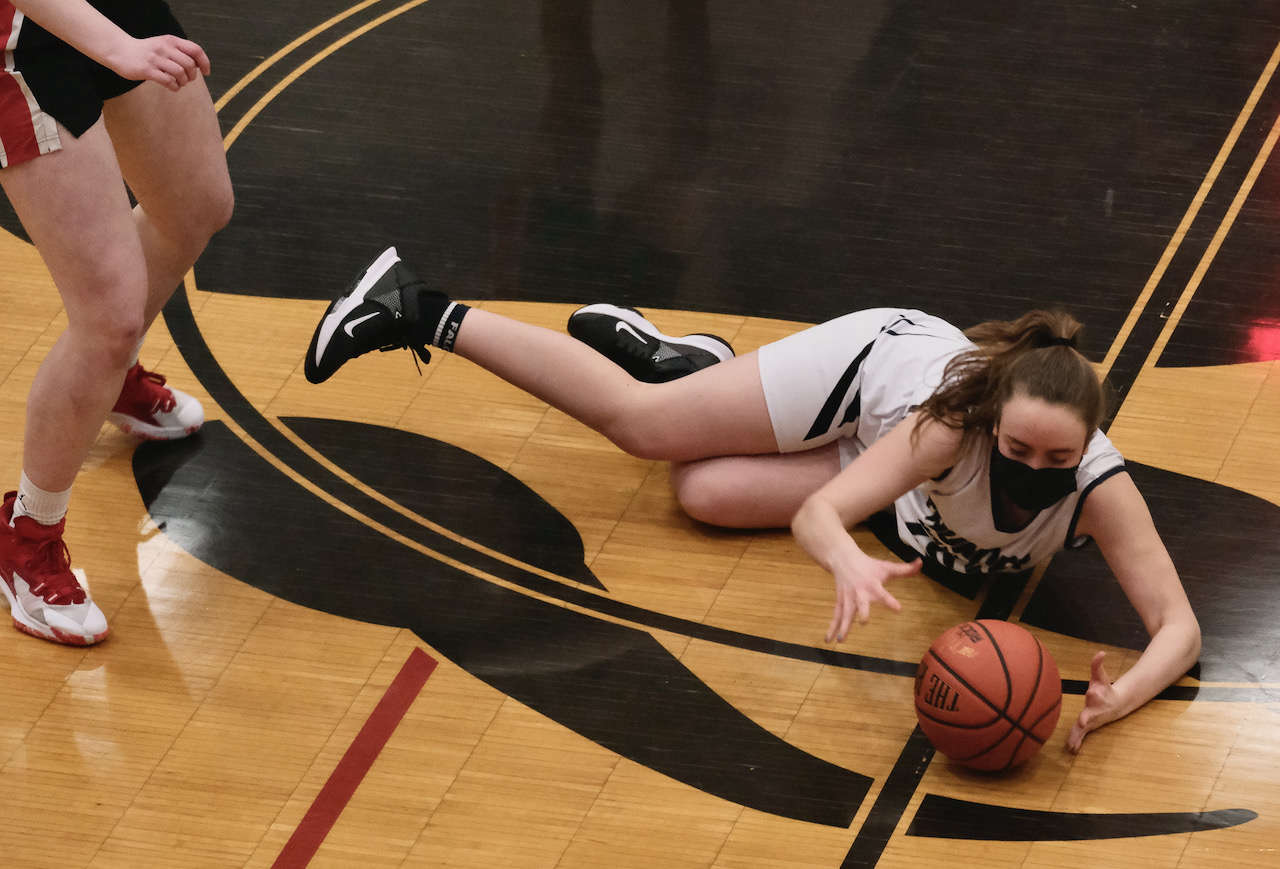 TMHS senior Grace Sikes, shown hustling for a loose ball in the Capital City Classic, was noted for her play in Friday's win against West Valley in the Palmer tournament.

The action started slowly as both teams dealt with some jitters. The Falcons had 12 turnovers in the first eight minutes of action and the Wolfpack five.

“We are definitely a slow starting team and we need to make some adjustments,” Thunder Mountain coach Andy Lee said. “Our inexperience shows at times but we are relentless and focused.”

Both teams picked up the scoring and cut down on the turnovers in the second quarter.

Thunder Mountain sophomore Jaya Caradang and freshman Kerra Baxter hit back-to-back buckets to trail 14-12 in the opening minute of action and the sides exchanged leads throughout the quarter until West Valley sophomore Aysha Peter hit two buckets for a 29-25 advantage.

The Falcons went on a 9-0 run to open the third quarter behind freshman Cailynn Baxter and seniors Grace Sikes and Sydney Strong for a 38-29 advantage. The Falcons followed that with an 12-3 spree behind Strong and K. Baxter and would lead 50-36 at the end of the stanza.

“Grace Sikes is emerging as a Swiss army knife,” Lee said. “Solid all around and tough nosed.”

West Valley made a run in the final stanza, limiting the Thunder Mountain to just five points but the Wolfpack managed just nine themselves and the Falcons took the win.

“We have a ways to go,” Lee said. “But I am excited for tomorrow’s game verse East.”

The Falcons lost on Thursday to Palmer 61-50 on Thursday and play East Anchorage on Saturday.